The Quantum Mechanics of Love (Poem) 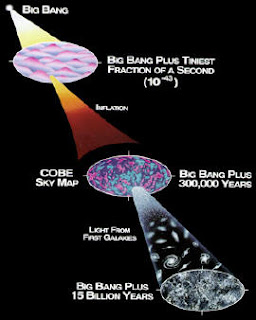 It’s a damn shame what is happening to Jack Cole;
His marriage situation is darker than a Black Hole.
(Although Stephen Hawking said that Black Holes aren’t that black.)
I always figured Henrietta was perfect for Jack.
Theirs was the last relationship I expected to come under attack.

I’ve known the Coles for longer than I care to remember.
I’m actually the one who introduced him to her.
They fell in love at the speed of light –
I organized their first date and it went so well, they talked all night!
They both dreamed of becoming great scientists.
Henrietta loved mathematics and Jack wanted to be a physicist
And there was definitely chemistry between them.
Henrietta had a beautiful mind and body – what a gem! –
And Jack had an IQ of one hundred and fifty-seven.
I bet they could have started their own race of alpha children!

The lovebirds passed all their examinations with ease
And decided to get married on receiving their PhD’s.
Jack told me their relationship had reached critical mass
And they wanted to be wedded from that time onwards.
(Actually, he said, ‘from that point in the expansion of the universe’.)
At first, their home was filled with joy and laughter.
Their jokes were so complex, I got them the morning after:
Henrietta: ‘Do you think circles eat pi for dinner?’
Jack (pointing at the wall where his diplomas hang):
‘I hope I get that Nobel Prize – I want to go out with a big bang!’

Now those two geniuses won’t even greet each other.
Jack says that Henrietta nags him as if there’s money in it -
His tolerance has now reached its Chandrasekhar Limit.
Henrietta says that Jack no longer seems to care –
He’s not interested in the thoughts and emotions she wants to share.

Irrespective of having three hundred IQ points between them,
Those two soul mates can’t solve their simple marital problem!
Oh, well. I guess these things are bound to happen:
The theory of Quantum Mechanics clearly tells us
That there is ‘no single definite outcome for an observation,’
The result depends on the variables in the equation.
What annoys me about the Jack- Henrietta situation
Is that I know, as sure as Hydrogen is the lightest gas –
Henrietta loves Jack more than she loves the entire universe
And Jack should simply eat humble pi and apologize –
He wants Henrietta more than he wants the Nobel Prize.


Technical Terms:
Black Hole – collapsed star with gravity so strong not even light can escape!
pi – (pronounced ‘pie’) Mathematical constant used in calculations involving circles. Has a value of 3.14
big bang - pun on ‘Big Bang’, the scientific theory that suggests that our universe began when a primordial particle flared up dramatically.

Chandrasekhar Limit – the maximum possible mass of a stable cold star (Beyond that, the star collapses into a Black Hole)
Quantum Mechanics – The theory developed from Planck’s quantum principle and Heinsberg’s uncertainty principle
Posted by Alexander Nderitu at 4:03 AM