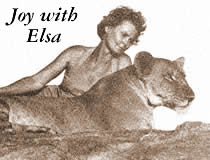 December, 1963. The British Empire officially hands over the country to its original owners. Former freedom fighter Jomo Kenyatta, a man of many parts, becomes Kenya’s first president.
Ernest Hemingway said that ‘all stories, if carried far enough, end in death and he is no true storyteller who would hide this fact from you.’ You will therefore permit me to carry this story to its bitter end lest I fall short among my fellow storytellers.
Elsa got sick and died at a relatively young age. The area around the Adamsons’ house is now called Elsamere and is a tourist attraction.
George Adamson died violently but he was not mauled by lions. He was killed by a much more dangerous and advanced predator: man. One day, elephant poachers turned up at the Kora Camp where he was then stationed and gunned him to death. After Adamson’s death, a poem penned by an admirer appeared in a local daily. It read (in part):
‘Adamson lived and died bravely
His joy diminishing each day
Yet for the love of wild game
Which brought Kenya great fame
Adamson remained chained to the Kora Camp,
Working like a diligent tramp…
Elephants trumpet in sadness and sorrow
Kora Camp will miss Adamson forever.
We, too, will miss Adamson forever,
The wildlife will face a hard life
Adamson is no more.’
Indeed Adamson, who rarely wore a shirt, was missed by man and beast alike; his official duties included enforcing Game Laws, preventing poaching and dealing with dangerous animals molesting local tribes. What an extraordinary man! A mysterious nature lover who literally walked wit lions and yet was humble to fault. It is no exaggeration to describe him as an honorary Africa deserving of every major conservation price. Remove ‘honorary.’ 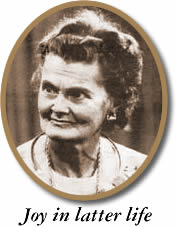 Joy Adamson, who everyone predicted would one day be killed by the many animals she interacted with, was also shot dead but there’s more to that story. The young man who shot her (a former servant) argued, in court, that she was hunting him down with a gun, ready to shoot him for some misdemeanour. In self-defence, he shot her using one of pistols Joy had given the servant to guard themselves against wildlife. He further argued that she was in the habit of shooting at her servant during fits of anger. (Her friends confirmed that she had a rotten temper but didn’t believe that she’d shoot a person.) Joy’s private life appears to have been volatile. Her marriage to George was her third one and it still ended in divorce. She is best remembered for pioneering ‘ecotourism’. There is now an ‘Elsa Trust’ that continues her conservation work. She was also a talented painter and illustrator of books on African plants and shrubs. Her paintings of African tribespeople still hang on the walls of the National Museum, as accurate as photographs. She died in 1980, aged 70.Her murderer is still behind bars.
Conclusion:
It has been observed that unless a grain of wheat falls to the ground and dies, it remains just a single grain, but if dies, it bears much fruit. The death of Elsa’s brave mother may have been tragic but it was no waste. Through it, the cubs came into the spotlight, changing people’s perceptions of lions and raising funds for ‘ecotourism’. Thanks to Joy and Elsa, zoos around the world started treating big cats more humanely – giving them more plaything, more room and so forth.
George, “the lion man of Africa”, was another grain of wheat. Far from easing poaching, his death only served to intensify anti-poaching efforts. In 1988, then President Daniel arap Moi set fire to ivory tasks worth $3 million, leaving no doubt where the country stood on the issue of killing elephants. His murderers were never caught.
Finally, I realize that there is a lot of death in this short history. But you have to understand that in this savage paradise called Africa, death is a part of life and one’s own importance is something one highly overrates.
(c) Alex N Nderitu
http://www.alexandernderitu.com/
Buy Alexander Nderitu's prose and poetry books at:
http://stores.lulu.com/NewShakespeare
﻿
Posted by Alexander Nderitu at 4:32 AM