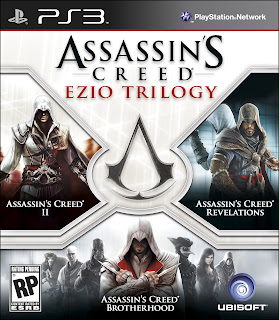 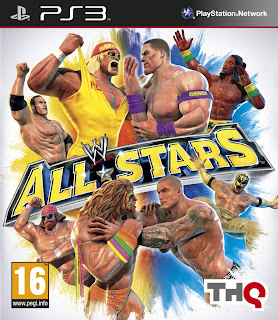 Good news, gamers! The Thika Road Mall situated near the Roysambo Roundabout, off the SuperHighway, is home to the latest GameChanger video game store. It’s not very big in terms of square feet but for a gamer, it’s still like being a kid in a candy store.  They have all your favourite consoles: PS2, PS3, Xbox, PSP, Nintendo and Wii (They even have a small version – the Wii Mini).

As with most new stores, the TRM GameChanger has some opening offers, including free giveaways for big spenders and free gaming time for any customer who buys a game or accessory (ending 4th August).

Talking of games, there’s quite a range of original games for the various types of consoles. No racing games (like Need For Speed) for PS2 but there are some for Xbox. Available games include FIFA 12, High School Musical, Halo, God of War, Last of Us, Uncharted, WWE All Stars, UFC Unisputed and – wait for it! - the entire Assassin’s Creed trilogy.

WWE All Stars features the much-hyped Ultimate Warrior character.  According to wrestling guide smackdownhotel.com, a tip when playing the Ultimate Warrior character is to ‘combine strong strike combos with submission moves such as bear hugs.  Warrior's leaping shoulder blocks are the perfect counter to an Acrobat's rope spring maneuvers and can be performed as a running strong strike or as a charged up signature move.’

The Assassin’s Creed series is another of GameChangers big sellers – and for good reason. This highly-rated, award-winning, platinum-selling historical fantasy missions combine great storylines with realistic heroes and awesome graphics. Geniuses must have been hired to put this thing together.

For the uninitiated, Assassin’s Creed is a historical action-adventure game developed by Ubisoft for PlayStation 3, Xbox 360, and Microsoft Windows. Part 1 of the game pits two ancient factions - the Knights Templar and a Secret Order of Assassins - over an artefact known as a ‘Piece of Eden’. In the UK, Assassin's Creed debuted at No. 1, knocking Call of Duty 4: Modern Warfare (by Infinity Ward) off its pedestal. (Not to lose sight of facts, Call of Duty 4 had the biggest release in entertainment history - $400 million on the first day of sales, and I’m not talking Monopoly money!)

Assassin’s Creed II: Brotherhood was released in November 2009, starring a new assassin, and was also a mega seller.

Given the success of the first two releases, there was a lot of anxiety amongst both developers and players as to whether the third instalment, Assassin's Creed: Revelations, would be a hit or a miss. All doubts were ‘assassinated’ when Revelations became by far Ubisoft’s biggest release of 2013, moving 12.5 million units (both retail and digitally). Two other Ubisoft titles also flew off the shelves: Just Dance 4 (8.5 million units sold) and Far Cry 3 (6 million units sold).

Posted by Alexander Nderitu at 6:53 AM