Unfit for Society was the first book by Munira to be published. It is a work of prose, a short story collection, which surprised me because I previously knew of her purely as a poet. In fact, it’s too bad that (unlike cities such as London and Massachusetts) Nairobi  doesn't have an official position of City PoetLaureate of  because Ms. Hussein would have deserved to hold that title at least once.

But let’s get on with the analysis. Since there are only seven stories in the collection, we can examine them one by one.

Hanging from the Edge of a Half-Moon is the title of the first tale. In it, the female narrator reminisces about her childhood friend, Sofia. Growing up in the vast but marginalized northern part of Kenya, the two girls had a normal enough childhood that included gossiping about boys, discovering pop music, and fantasizing about their futures. But even then, Sofia had begun showing signs of religious fanaticism. She attended a madrassa, always wore a hijab, preached like an Imam, and had a vague desire to ‘fight for Islam’. Their path of destiny forked after primary school, with the narrator continuing with her education while Sophia gets married. A few years later, the narrator is shocked to see a picture of the hijab’d Sofia ‘in every local paper’, believed to be a member of the dreaded Al-Shabaab terrorist group.

Oblivion centres on family dynamics in a conservative society. Things have never been easy in the narrator’s extended family, particularly in matters involving her Uncle Diba. Unlike her father, Diba is not a responsible man. He’s lazy and quarrelsome. He loses his parcel of inherited land ans has to move in with relatives, a serious retrogression in fortunes. He flunks in business and his marriage fails. But when his brother, the narrator’s father, dies after falling violently ill, Uncle Diba is once more in a position of authority which casts an ominous cloud over the fate of the narrator, her siblings and mother.

A Chance at Life, the third tale in the book, flashes some romance over the dark happenings in most of the book. In it, the female narrator meets a writer named Ben David in downtown Nairobi and is immediately attracted to him. The fact that ‘his eyes had an angelic appearance’ probably helped! They start dating and gradually move in together. Alas, this being a Munira Hussein Production, you can bet that there’s a tragedy waiting just around the corner.

The Acceptance Letter started out as a lengthy Facebook post. It’s in the form of a letter, by a girl called Amara, to one ‘Uncle Latif’. Written in bitterness and brimming with shock and emotion, the ‘niece’ in this saga accuses the dreadful Uncle Latif of sexually abusing her when she was young and vulnerable. What outrages Amara the most about her villainous Uncle is that he’s a religious figure, a respected man in the community. Amara writes:

‘Every passing day, Uncle Latif, I think of you and your filthy hands cruising the curves of my body. Whenever I see any sign of religion, I see hypocrisy covered in a white shroud.’

‘Uncle Latif’ is the only character that pops up in more than one tale. If this book were a movie, he’d be the villain.

Story No. 5, A Woman Like Me, reads more like a novella than a short story because it’s 41 pages long. In it, Leyla - the daughter of a strict and hyper-religious man - discovers that she’s pregnant for her live-in town boyfriend, Joseph. This development prompts her to examine the men in her life, including her violent ex-boyfriend Victor, and fret about her future.

In Dawn of Death, set in the semi-arid northern parts of Kenya, a family man takes a short trip and returns to find a tragedy of unimaginable proportions has occurred in his homestead. This drama highlights the difficult lives of pastoralists in the modern world. It can also be interpreted – what do you do when you lose something that was central to your existence - be it a person, a business, dignity, faith etc? Do you give up or attempt to re-build your life?

The title story, Unfit for Society, rounds up the collection. Here, we meet Ruffo – a strong-willed young lady trying to live what many would consider a normal life. But Ruffo comes from a patriarchal and rather backward region where women are second-class citizens by default. Young girls exist for the express purpose of getting married, and their education is therefore not important. Even less important for girls is inheritance which fathers consider a total waste because their daughters will leave for their marital homes, eroding generational wealth. When it comes to making decisions, women may as well be part of the furniture. In one incident, a group of uninvited male visitors call on Ruffo’s father one morning and just like that, she’s betrothed to some man she’s never heard of. Bucking the trend in this rigid backwater community is easier said than done, as Ruffo soon finds out! As one might say in Kiswahili, ‘Ruffo anakumbwa na changa moto chungu nzima!’ (‘Ruffo faces overwhelming odds!’) In the end, the readers must ask themselves whether Ruffo is failing her society or vice versa. This story, and the volume in general, shows what true feminism is all about: not male-bashing, or women becoming more ‘masculine’, but addressing historical injustices and bringing equality to all sexes. The author speaks for a lot of women and girls, not just in Africa but around the world.

My friend and fellow writer Temo Buliro argues that ‘the short story is not inferior to the novel.’ Unfit for Society proves this by bringing to bear a wide-range of themes: parenting, feminism, patriarchy, terrorism, love, friendship, death, nationalism, and religion. Every gender-based and feminist organization in the country (especially the ubiquitous ‘girl-child’ NGOs) should purchase a copy of this work. It’s only ‘fiction’ in quotes – the issues are as real as the African sun that scorches most of the locations described in this text. As Martin Greenberg wrote in The Robert Ludlum Companion:


‘Writers of popular fiction are much more important than they're given credit for. It's not just that they entertain but they reflect their times.’

As I pointed out earlier, the author is a poet. She manages to sneak in some poetry, which adds to the overall ‘literariness’ of the book. Here’s an excerpt from an epitaph on Pg. 93:

When Yusuf says, “I know your father and mother and I want to marry you,”
it is not a request, it is not a question, it is more of a statement,
a declaration, a notification to me about a future plan for me
that has already been made without consulting me’


This being a debut book published by a bludgeoning agency, drawbacks were unavoidable. My first issue is with the uninspiring cover art. It depicts the sketched figure of a lone woman approaching what appears to be some villagers standing under a tree. It’s not attractive to the casual browser. It doesn’t ‘pop’. I’ve spent almost 20 years in the book business and I can tell you for free that covers are very important in the marketing process. Any poor cover design is a wasted opportunity to seduce a potential reader or buyer. The cover of Unfit tells me nothing of interest.

Editing is an even bigger issue with the text. There are several types of editing that go into book production and each one of them is important. The editing here is not ‘tight’ at all. For example, in Dawn of Death, the word ‘goat’ appears three times in a single sentence. Ideally, one does not repeat any form of a word in the same sentence. You either restructure the sentence or cut it up into smaller bits. All you need to drive a narrative, in the English language, is a ‘subject’ and a ‘predicate’: what/who you’re talking about and what it/they did eg. ‘Little Jack Horner sat in a corner’. Some philosophizing could also have been done without, especially in A Woman Like Me, making the text shorter and more crisp, and allowing the reader to reach their own conclusions. The editor might have over-indulged the scribe.

Still, it’s good to see young Kenyan writers continuing the contemporary short story tradition of Ngumi Kibera (The Grapevine Stories) and Sam Kahiga (Flight to Juba). Munira’s peers include Tom Mwiraria (The Land of Bones) and Eunniah Mbabazi (Breaking Down). Unfit for Society is a bold and thought-provoking read. Here we have an author and a book that that are quite fit for literary society.


Posted by Alexander Nderitu at 4:46 AM No comments:

SWAHILI LITERATURE & THE CASE FOR KISWAHILI AS AFRICA'S LINGUA FRANCA 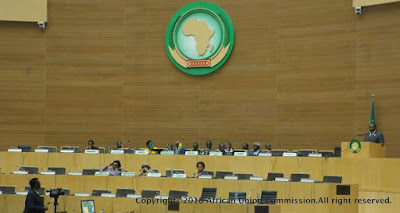 Kiswahili, a phonetic Bantu language, is fast gaining currency across the African continent. It's potential as a lingua franca became clear it was chosen as a "working language" of the African Union. Although it began in Eastern Africa, Kiswahili is taught and spoken as far away as Ghana and South Africa. As of mid-2018, Kiswahili was the third most spoken language in Africa, after English and Arabic.

This research traces and confirms Kiswahili's dominant status on the continent. It also gives valuable insights into Kiswahili literature, covering the history, types, classic works and literary giants of this growing genre...

Read the full paper here: https://www.academia.edu/37442559/SWAHILI_LITERATURE_and_THE_CASE_FOR_KISWAHILI_AS_AFRICAS_LINGUA_FRANCA_1
Posted by Alexander Nderitu at 3:46 AM No comments:


TheTheatreTimes.com celebrated its third anniversary in November, 2019.
Since its launch in 2016, TheTheatreTimes.com has published over 3,500 articles and theatre reviews covering theatre in 90 countries and regions. With 30 thematic sections, more than 150 Regional Managing Editors, over 60 media partners around the world, and 60,000+ followers on social media, TheTheatreTimes.com has grown to be the most far-reaching and comprehensive global theatre portal today, attracting over 300,000 visitors per month.
Since 2016, TheTheatreTimes.com launched two Spotlight features: Spotlight on Russia and Spotlight on Poland, the International Online Theatre Festival, and Performap.com – Interactive Digital Map of Theatre Festivals,  developed with funding from the Yale Digital Humanities Lab and a Literary Managers and Dramaturgs of Americas (LMDA) Innovation Grant. Performap.com currently lists 340 international theatre festivals.

----
Alexander Nderitu is a Kenyan novelist, poet and playwright. His stage plays include The Stacy Walker Interview, Yuppies!, What's Wrong With This Picture? and Hannah and The Angel (which has been translated into Japanese and Arabic). In 2017 he was named by Business Daily newspaper as one of Kenya's 'Top 40 Under 40 Men'. Website: www.AlexanderNderitu.com
Posted by Alexander Nderitu at 12:36 AM No comments: