‘The role of the artist is exactly the same as the role of the lover. If I love you, I have to make you conscious of the things you don’t see.' - James Baldwin

‘I think there are only two ways to think about sex…The minute you cover everything in a hijab, in a body tent, you are making people think about the hidden thing…Somalia is no longer relaxed (about sexual discourse).’

Nigerian novelist and journalist Abubakar Adam Ibrahim’s first novel, Season of Crimson Blossoms (Parresia, 2015/ Cassava Republic, 2015), addressed the issue of female sexuality – a taboo subject in many places, not least in northern Nigeria which is predominantly Muslim and ‘conservative’ in cultural matters. A snippet from a Deutsche Welle online article:

‘The subject of Ibrahim’s novel is the sexual emancipation of Hajiya Binta Zubairu, a Muslim woman in conservative Nigeria. It is a society in which women are denied the right to sexual desire, especially when they have fulfilled “the obligations of childbirth” and are post-menopause. Binta, who belongs to this category, speaks for millions who have previously remained silent. She has done what society expected of her and lived according to its rules and yet, nonetheless, succeeds in liberating herself from its constraints by having an affair with a local crook 20 years her junior.’ 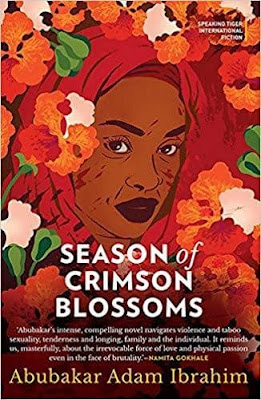 The author, a recipient of the 2016 Nigerian Literature Prize, had this to say about his career:

‘Even before I could write, I was drawing pictures. Then when I learned to write, I took off…In northern Nigeria, there is a tradition of literature. Most recently, there is a literature written in Hausa…I think literature is a way for Nigerians from different regions to understand each other…My intent of writing Season of Crimson Blossoms was to tell a good story. I tackled the issue of sexuality because in the north, we talk about sex in hushed tones, sometimes you don’t know where religion starts and culture begins…We need to talk about things people are not talking about – relationships, sexuality – things that push barriers, and have conversations about things that shape the way we think..The steps that need to be done to bring African literature to international community, it starts with us – the writers. When you have publishers from the continent, they give writers the avenue to tell stories the way they want to be told. But most importantly, we have to write.’

Other modern African works of note that address the issue of female sexuality include Taiye Selasi’s rather highbrow coming-of-age story, The Sex Lives of African Girls, Lola Shoneyin’s novel, The Secret Lives of Baba Segi’s Wives and Chinelo Okparanta’s novel of same-sex relationships set during the Nigerian civil war, Under the Udala Trees. 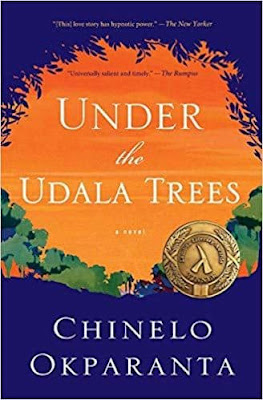 Clearly, opinions on the expression and exhibition of sexual matters differ greatly, not just from culture to culture, but even from individual to individual within a given culture. Famed African-American intellectual, Dr. John Henrik Clarke, was one of those opposed to graphic sexual descriptions/public discourse, believing it to be contrary to traditional African culture. A quote from his lecture on ‘History of the Zulus’:

‘African women don’t talk that way. Clinical descriptions of sex belong in a medical book. You don’t just go around talking about clinical descriptions of sex. It’s a highly personal, confidential thing between a man and a woman. Group sex is as bogus as group therapy!…It’s a personal, secret thing to human beings. And it is a matter of manoeuvre and negotiation and conviction and convincing between two human beings. And even if it fails, you don’t go out and publicize. It still remains a confidential matter between two human beings and not the community. You give it that dignity. And Africans gave it that dignity. And they didn’t shout about it.'

And then there’s this:

‘An “ecstatic” love scene featuring a rocket going off somewhere in the night has earned Ben Okri, winner of several prestigious literary awards, a more ambiguous trophy – the Literary Review Bad Sex in Fiction award…The Age of Magic, Okri’s 10th novel follows a team of filmmakers, shooting a documentary about the idea of Arcadia, who wind up in a hotel by the lake in the shadow of a looming mountain. The 1991 Booker winner scooped the prize for a love scene involving Lao, the film’s presenter, and Mistletoe, his girlfriend…Unable to attend (the prize-giving ceremony), he (Okri) issued a terse and less than ecstatic statement: “A writer writes what they want to write and that’s all there is to it.”…’

Source: ‘Changing the Literary Map of Africa’ (2019): https://tinyurl.com/LiteraryMapofAfrica
Posted by Alexander Nderitu at 3:37 AM