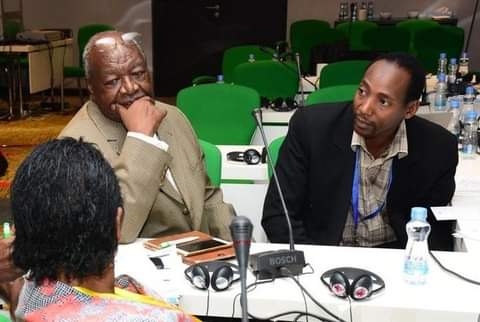 Ngugi Wa Thiong'o's publisher, Henry Chakava (left) and Alexander Nderitu at an African Literature/Literacy Summit.
‘We cannot speak of taking up the challenge of a new century for African literature unless we address the necessity to devise the means by which literature in African languages becomes the major component of the continent's literature. Without this, one cannot speak of an African literature.’ - Nadine Gordimer (SA), Nobel Prize for Literature winner, ‘Turning the Page: African Writers on the Threshold of the Twenty-First Century’
Most Africans - including scribes - react very strangely when the topic of speaking/writing in their vernaculars (aka 'languages of the catchment areas'). African languages have been systematically demonized since the dawn of Arab/European colonization. Language is the main carrier of culture so as our cultures were shoved aside by the colonialists so were the languages. I remember once hanging out with a childhood buddy in Nyeri town and my girlfriend at the time joined us and started talking to me in Gikuyu. Dude was shocked He later asked me where she went to school. He couldn't believe that an educated/sophisticated person could address other educated people in vernacular. (She was in a weave, tight jeans, designer handbag, make up, and everything.) What he - and many others - don't realize is that even foreign languages like English, French, German, Spanish, Hindi, or Mandarin - are also vernaculars (to their native speakers). If foreigners are not ashamed of their vernaculars, then why are you?
When old man Ngugi wa Thiong'o started his promotion of local languages in the late 1970's, many of his contemporaries thought that he had lost it. 'Who will read your books in vernacular?' they wondered. But Ngugi - arguably Kenya's top intellectual - had not lost anything. The idea was not to force people to read his Gikuyu but to write in his own mother tongue and then allow for translation (Although he ended up doing most of the translations himself!) LANGUAGES TALK TO EACH OTHER VIA TRANSLATION. Look at Ngugi now. World renowned. Over 11 honorary doctorates to his name. Novel Prize for Literature buzz. Cultural icon per excellence...There have been some rumours about his health of late (some netizens even killing him off on Social Media) but whichever way the cold wind blows, Ngugi's legacy will continue. We will carry it on. And we are legion. An army of 'language warriors'.
For those who believe that language preservation is a lost cause, it's OK. It's your right to use the language you prefer. Those of us who believe in cultural promotion will soldier on. And our market is bigger than ever (ironically). There are more vernacular speakers/radio and TV shows and books and magazines than ever in recent history. I am currently writing a book of verse and a children's book in Gikuyu and laying the ground work for a Hip-Hop novel in Kiswahili. And I'm having a blast! (Incidentally, many modern classics we read today, like 'One Hundred Years of Solitude' and 'The Alchemist', were not originally written in English.)
I will conclude with a quote from mzee Ngugi wa Thiong'o himuselufu:
'If you learn to speak the languages of the world and cannot speak the language from your culture, that's enslavement. But if you learn the language of your culture and then learn the languages of the world, then that's empowerment.’
Posted by Alexander Nderitu at 11:51 PM No comments: 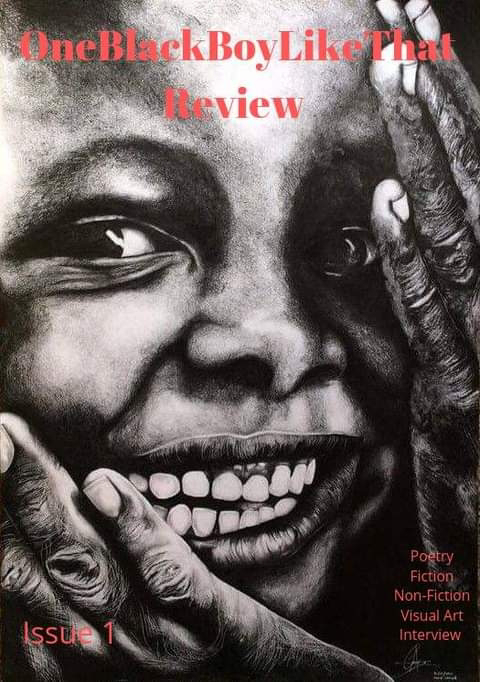 'ALMOST A VIRGIN' (Short Story + Audio)
'Alex Nderitu in “Almost a Virgin” responds to the numerous harrowing cases of mistreatment - and in some cases murder - of migrant African workers in the Gulf States. Using two fictional female characters, he shows how unsuspecting migrants are attracted to the Gulf, some of the experiences they go through, the failure of systems that would protect them, and some of the things that can be done to stem this modern-day, perfumed, slave trade.' - Editorial, Issue 1, OneBlackBoyLikeThatReview
Read the story here: https://oneblackboylikethatreview.blogspot.com/p/fiction_14.html 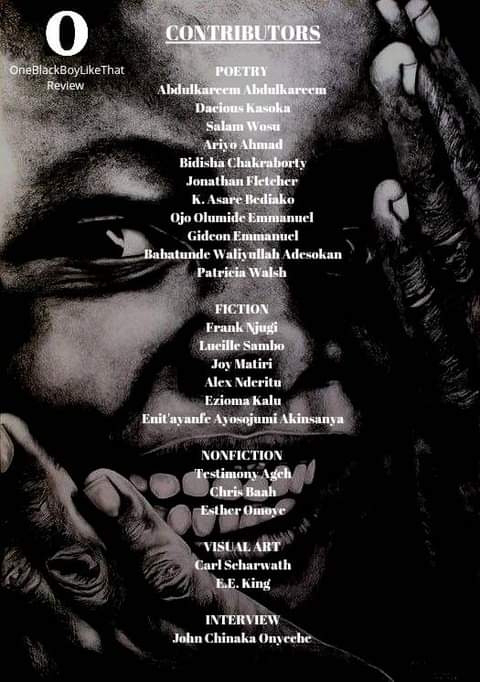 Posted by Alexander Nderitu at 8:34 AM No comments: