‘That great Kenyan novel will eventually come. Perhaps, it will even emerge online, like the novels of Alexander Nderitu.’ - Joyce Nyairo, cultural analyst, Daily Nation 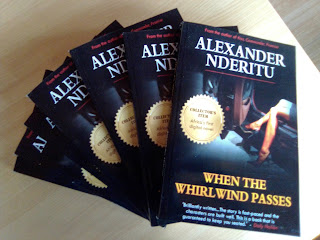 In 2001, When the Whirlwind Passes by Alexander Nderitu become Africa's first purely 'digital novel'. Inspired by a true story, the crime/suspense novel follows the life of a ghetto princess who marries a wealthy fashion baron, and the circumstances that turn their whirlwind romance into the murder case of the decade. In 2002, a review in the Daily Nation's Saturday magazine said, ‘The story is fast-paced and the characters are built well. This is a book that is guaranteed to keep you seated...If you can access the book, please do. It will be worth the energy.’

Alexander Nderitu is a Kenyan writer, poet, playwright and critic. He is the Deputy Secretary-General of PEN Kenya Centre and a Regional Managing Editor for the global news portal TheTheatreTimes.com. He has authored four e-books: When the Whirlwind Passes (novel), The Moon is Made of Green Cheese (poetry); Kiss, Commander, Promise (short stories); and Africa on my Mind (YA novel). In 2017, Business Daily newspaper named him one of Kenya’s ‘Top 40 Under 40 Men’.  In 2020, he was a finalist for the Collins Elesiro Literary Prize. 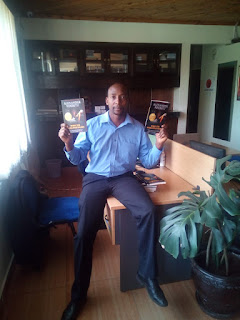 While e-books, and especially the Amazon Kindle, have revolutionized the book business, many readers still cherish physical books that they can hold and display. This is the first time When the Whirlwind Passes has had a print run. It was previously available on Amazon, Lulu.com, and Worldreader app and devices. The Worldreader version has so far been opened by 27,622 readers around the world and garnered almost 1,000 likes.

The print version of When the Whirlwind Passes is out now (February 2021). It is available at Comrades Book House in Wangige, and via www.AlexanderNderitu.com. Price: Ksh 1,000/=

Posted by Alexander Nderitu at 1:41 AM