On Dec 29th, 2021, ATHENA Network launched a Strategic Plan launch at the Sarova PanAfric Hotel in Nairobi City, Kenya.  Ms. Rejoice Namale, ATHENA Network’s #WhatWomenWant focal lead, hosted the NGO’s event in Nairobi, Kenya. “With ATHENA's 2021-2024 strategic plan, we hope to respond to #WhatGirlsWant through sustainable collaborations that create a safer world for us all,” said the youthful Malawian with “a passion for women and youth empowerment.” In what Rejoice described as a “hybrid” event, some attendees were physically present at the launch venue while others participated live via Zoom, from different parts of the world.

Among those joining via the Internet was Ms. Teresia Otieno, the Acting Director of ATHENA, who spoke live from Seattle, Washington, USA. She gave a brief ‘her-story’ of ATHENA and introduced the contents of the Strategic Plan that would usher in “ATHENA 3.0”.  She also spoke of her own personal journey with the organization, which began after she met Tyler Crone, ATHENA’s Founding Director, in Addis Ababa some years ago.

An upbeat Ms. Tyler Crone expressed hope and optimism despite the myriad challenges of the working environment exacerbated by the COVID-19 pandemic. “It has been such a privilege to grow with and watch ATHENA grow from a time when there were few organizations advocating for gender sensitive HIV responses,” she said, via Zoom “ATHENA is doing amazing work and I stand as the biggest cheerleader. Excited to see what comes next.”

Ms. Nyasha Sithole, the Regional Lead for Young Women Advocacy at ATHENA, took the baton from Teresia, digging deeper into the contents of the Strategic Plan document. She described the Mission, Vision and Values of “ATHENA 3.0”. The said values included inclusion and diversity, mentorship, dignity and agency, shared power, mutual accountability, feminism, and knowledge exchange. “We will not be discouraged by COVID-19,” she said at the event. “With this strategic plan we intend to mentor more Adolescent Girls and Young Women (AGYW) and assist more AGYW-led organizations secure seed funding.”

The keynote speech was made by Dr. Ruth Laibon-Masha, the Chief Executive Officer of Kenya’s National AIDS Control Council. “ATHENA is now a global name because they used the space they had to drive global conversation,” she said.

ATHENA is a global network of individuals and organizations that have joined hands, with a principled commitment to gender equality, gender equity, human rights, sexual and reproductive health, and a HIV response accountable to women and girls in their diversity. At a founding retreat in 2005, representatives from eleven organizations devoted to HIV, key populations, gender equality, and sexual and reproductive health and rights (SRHR) came together. In 2006, ATHENA was formally launched. In partnership with the Blueprint Coalition of Canada and networks of women living with HIV, ATHENA held the first Women’s Networking Zone at an International AIDS Conference, in Toronto in 2006.

ATHENA is notable for its use of hashtags to co-ordinate messages online. Their main hashtags are #WhatGirlsWant, #WhatWomenWant and #FeministFuturesHIV. Their official website is www.athenanetwork.org

ATHENA’s current team is based mainly across Eastern and Southern Africa. Nearly all the team members are young African feminists who have lived with the impacts of HIV in their communities and their families. “Partnerships over many years with UNAIDS culminating with key investments in 2019 and 2020 made it possible for us to build a network of young women leaders and their institutions to serve as country focal points across Eastern and Southern Africa, starting at eight and now standing at ten in Botswana, Kenya, Lesotho, Malawi, Namibia, Tanzania, South Africa, Uganda, Zambia, and Zimbabwe,” says Tyler Crone, Founding Director of ATHENA.

The ATHENA Network was created to advance gender equity and human rights through HIV response, working at the intersection of HIV, women’s rights, sexual and reproductive health and rights, and gender-based violence. In 2000, at the first International AIDS Conference in Durban, a small group of women’s rights advocates found that there was no place for women living with HIV and women researching HIV to meet. This led to organizing into “Women at Durban” in 2000, “Women at Barcelona” in 2002, and “Women at Bangkok” in 2004. ATHENA grew from these networking sessions. It focused on filling a critical gap in the HIV response where attention to gender as well as women and girls in their diversity was absent.

During the launch, Dr. Ruth Laibon-Masha revealed the “worrying statistics” that “over 85% of (HIV) infected persons are below 35 years of age.” She also expressed concern about the high levels of teenage pregnancies. “This World AIDS Day, let's focus on teenage pregnancies,” she said. She added that it was only during the recent COVID-19 lockdowns that most Kenyans realized how prevalent teen pregnancies are.

ATHENA Network’s Strategic Plan, which covers 2021 through 2024, identifies some priority areas, including investing in people and structures, building inclusive leadership, and advancing feminist advocacy. The blueprint proposes multiple “approaches” to achieve their goals, including building relationships, recognizing intersectionality, creating and sharing spaces, strategic communication, and “shifting from the personal to the political”. That last point is expounded to incorporate “pushing for decision makers and funders to listen to, collaborate with, and address the priorities, solutions, and needs of adolescent girls, young women, and gender diverse persons.”

During the two-hour-long launch event, ATHENA’s official Twitter handle (@NetworkAthena) tweeted: “As a young women-led feminist, Africa-based organization, ATHENA has a strong voice and our new strategic plan reflects this. Watch out, world. We are ambitious, we have big plans and we are led by fierce young feminist leaders.”

More images from the event (courtesy of Athena): 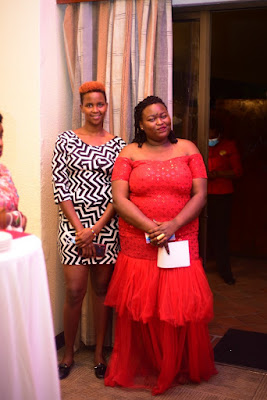 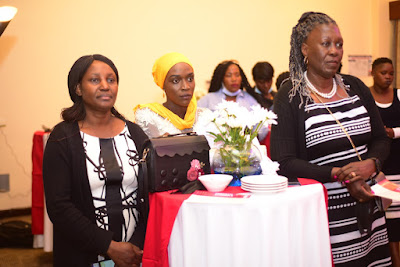 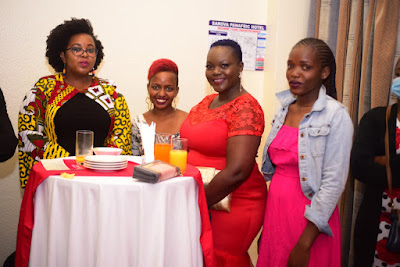 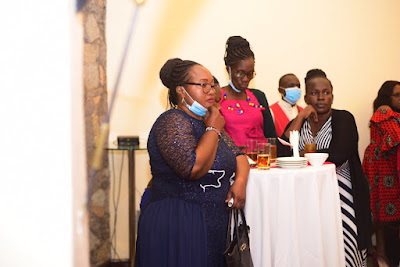 Posted by Alexander Nderitu at 11:11 PM