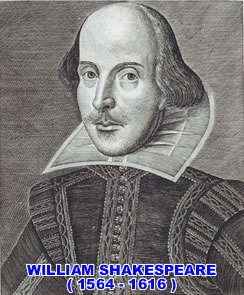 A subversive wind was howling across the cemetery
The night I was whisked to the dead poets’ society.


I had been trying to compose a pristine poem
But the creative juices simply wouldn’t flow.
I waited for my muse but she didn’t show
So I decided a long walk was the way to go
And that’s when I made contact with “them”.


A blue mist was hanging over a nearby cemetery
And as I passed, a hand grabbed me without commentary
And pulled me into the strange blue cloud.
Nothing came out though I tried to scream aloud –
I was helpless as a slave who’s gagged and bound.


I landed with a bump in a most unusual environ
And before me stood the Bard from in Stratford-upon-Avon.
‘Shakespeare,’ I exclaimed. ‘What an honour!’
‘Pray,’ spake the Bard. ‘Just call me “Bill”.
And I faith thou hasn’t broken skin or bone
For, here, thou art unlikely to find a blood donor!’


The laughter that ensued brought my attention
To the rest of the distinguished congregation.
All the great, late, poets were present –
From Homer to Yeats – what a variety!
Bill smiled and said, ‘Welcome to the dead poets' society’.


He noticed my thinly veiled consternation
And comfortingly placed a hand on my shoulder.
‘No, my son,’ he assured me. ‘Thou art no apparition.
But though thou art yet to shuffle off the mortal coil,
I have spied you burning the midnight oil
Trying to write but lacking inspiration.’


And on that note, ‘the grand tour’ began.
First, I met S.T. Coleridge who gave us “Kubla Khan”.
‘Well, hello, Ancient Mariner!’ I crooned.
He began to tell me about a ship that was marooned
But Bill cut him off and introduced Dylan.


Being blind, Milton explored my face with his fingers.
I helped: ‘I’m young, slim, average height, Black –’
‘Ah! It matters not if you’re Black or White
As long as you can think with all the colours that be
And let your imagination soar like kite:
I was blind but I still saw in the dark!’


More pearls of wisdom came from William Blake
Who still had the suit he wore (for decency’s sake)
To the Marriage of Heaven and Hell:
‘A single grain of sand can contain Heaven,’ he spake,
‘And eternity can be compressed into an hour.
‘Use words as pictures – SHOW, don’t TELL.’


Meeting Rudyard Kipling was like seeing Elvis
And E.A. Poe isn’t as weird as you might think he is.
Emily Dickinson swelled with pride when I told her:
‘Your poems are some of the most popular the world over.’
‘Really? Good news doesn’t get better than this!’
‘Disperse all doubts for I tell you true –
I’ll bring proof the next time I enter that cloud of blue.’


When my time to leave the secret society finally came,
I had met Cummings, Keats, Barnes, Shelly, Tennyson,
Houseman, T.S.Eliot, Virgil the Poet (of ‘Aeneid’ fame),
James Elroy Flecker and others too numerous to mention.
Some were easily recognizable (like Lord Byron)
While others needed a detailed introduction.


I awoke in my room early the following morn.
There was nothing unusual on or about me.
The peculiar fog had vanished from the cemetery
And I wondered if it had all been a vivid dream
But tis curious to note that since that bizarre journey
My creative juices flow like a rapid mountain stream!


‘And since I can never see your face,
And never shake you by the hand,
I send my soul through time and space
To greet you. You will understand.’ - James Elroy Flecker,
To a Poet a Thousand Years Hence

﻿
Posted by Alexander Nderitu at 8:47 AM