Some Undisputed Facts of Immense Significance to Your Significant Other (Poem) 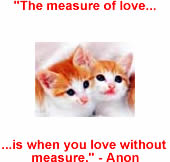 Diamonds are the hardest objects on earth,
Two and two make four, if you do the math,
Neil Armstrong was the first man on the moon,
A spade looks rather like a big spoon,
The earth has a diameter of 7927 miles,
Espionage is defined as the “use of spies”,
Paris is 213 miles from London, as the crow flies,
Giant squid have the world’s largest eyes,
The cheetah is the fastest animal on land,
‘The Beatles’ were the 60’s biggest band,
The banana plant is a giant herb, not a tree,
J.F.Kennedy was assassinated in 1963,
Bob Marley sung ‘No Woman, No Cry’,
And my love for you will never die.
(Remember, these are facts and remain undisputed.)
(c) Alex N Nderitu
http://www.alexandernderitu.com/